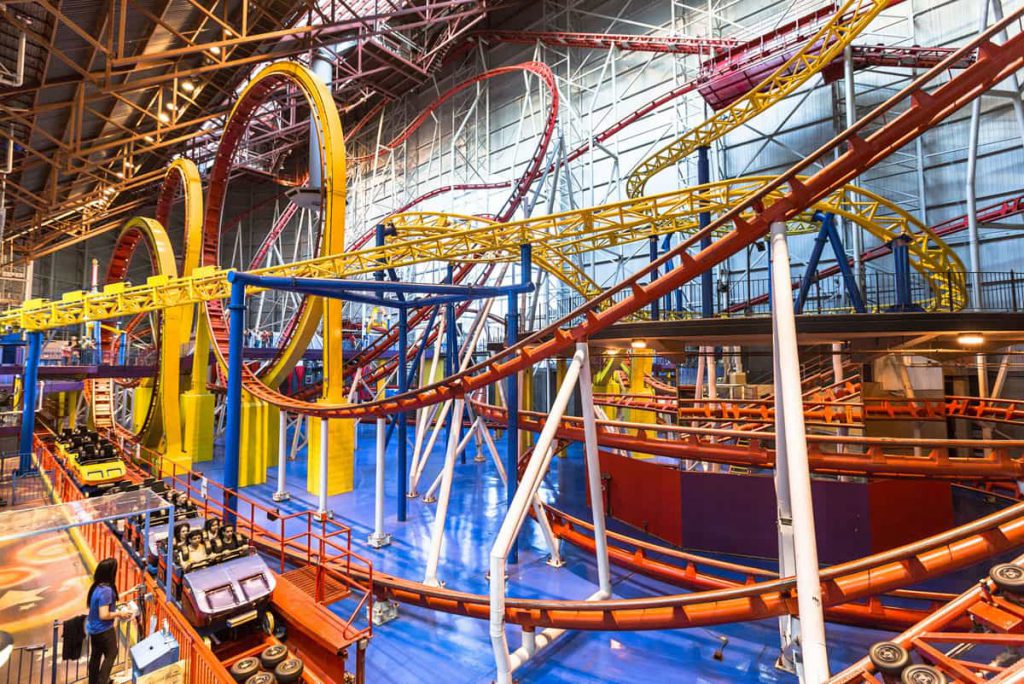 Galaxyland was originally known as “Fantasyland;” however, during a court battle with the Walt Disney Company, West Edmonton Mall changed the park’s name to Galaxyland in July 1995 after completing some minor renovations. It is an indoor amusement park located on the north side of the mall. It is the second-largest indoor amusement park in the world, behind Ferrari World, and features 24 rides and attractions. There are 8 beginner rides, 9 intermediate rides, 7 thrill rides, the triple loop Mindbender roller coaster, (which derailed in 1986 causing 3 deaths) .The Mindbender is the world’s largest indoor triple loop roller coaster. The latest attraction in Galaxyland, which opened on 7 December 2016, is called Zero Gravity. The Drop of Doom was shut down in the early 2000s. The tower area was replaced shortly after by a more modern launch ride, the Space Shot, a S&S Double Shot Tower Ride.